House prices have been totally unpredictable since the beginning of the pandemic. Such an era-defining phenomenon has meant that house prices in commuter towns have shot up, and city prices have periodically slowed and sped up again whilst breaking predictability patterns.

However, the most prominent mortgage lender, Halifax, has noted that the prices from May to June 2022 represented the slowest growth rate for the first time in about 12 months. With the recent rise in the base rate to 1.75%, this trend is likely to continue.

Why is the housing market cooling off?

House prices have finally hit a slight cooling period where we have witnessed a slowing demand for properties, however, rent is still continuing steadily on the increase with no sign of haltering.

The Royal Institution of Chartered Surveyors (RICS) recorded a definite fall in the interest of potential buyers for properties at a 27% drop, for the third consecutive month. This could be down to the decrease in demand for properties due to the cost of living crisis and the squeeze on budget; however, this cooling period is not set to last for long as properties are still selling at a steady rate.

Professional commentators are suggesting that a cause of this cooling period has resulted from the fact that the newer generation, who are leaving home, is now facing the extremely difficult reality of trying to make it onto the property ladder. With this being so tough for those just leaving the nest, they instead look to rent properties as a much more affordable method of moving out.

This was the third month in a row that the housing growth had slowed. When quizzed, 37% of RICS surveyors questioned thought that the house prices would climb again in the next 12 months. In July 2022, 39% of sales prices beat the asking price.

A steady increase in rental prices

In the midst of a cost of living crisis across the UK, tenants have been hit hard by the peak in rental prices paying a whopping £31 million in the first six months of 2022 with a prediction of a total annual spend of £63 million.

In just one year the average rent has increased by just under £100, whilst Hampton's figures reveal the total rent paid is more than double than in 2008. 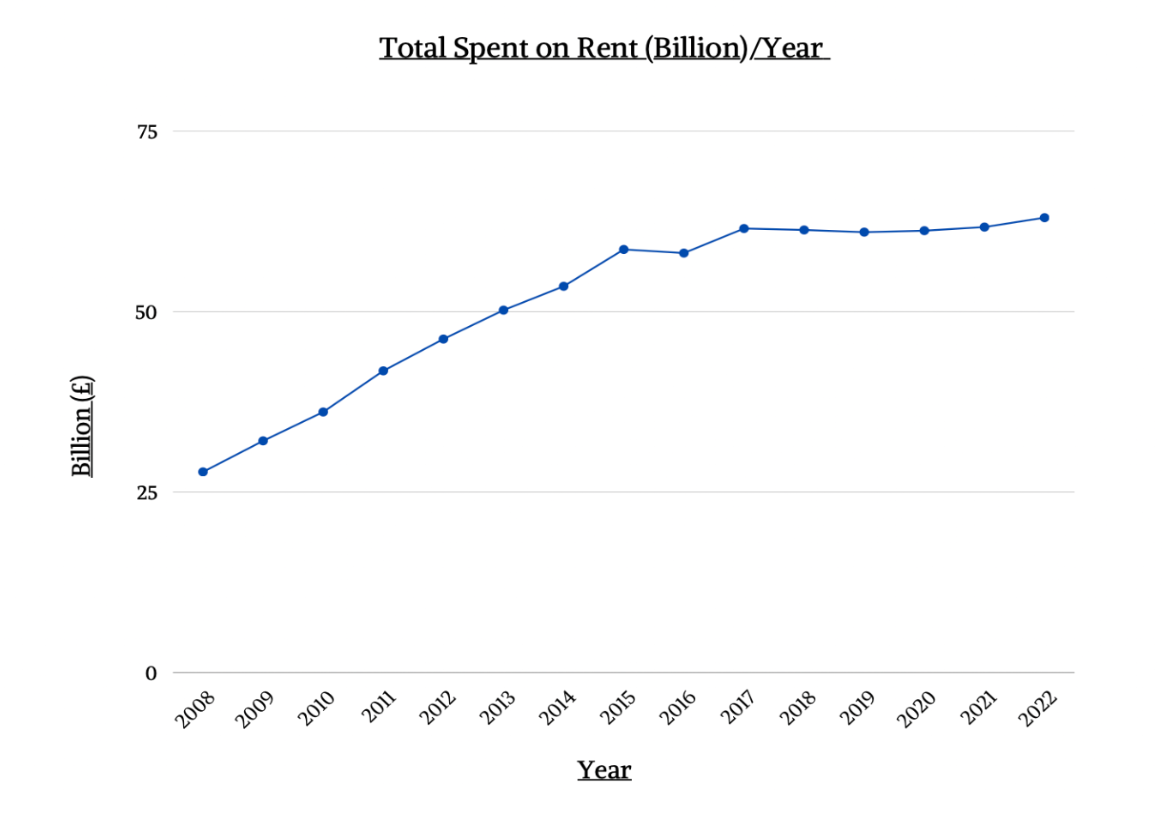 Rise in Rent over the past 10 years

In 2018 the money spent on rent was recorded at £27.8 million which has been subject to an enormous rise over the following years and has led to an almost tripled value in 2022 of £63 million. This year's predicted spend on rent has even surpassed the 2017 spike hitting an all-time high.

Since the start of the pandemic, rental prices have skyrocketed at the highest recorded annual rate of 19%, which would have taken 8 years to occur prior to the covid-19 outbreak.

The London average rent epitomises this increase with a breaking record average of £2,257 across all rental properties, pushing the annual growth to 15.8%!

But who is suffering from these extortionately priced tenancy agreements?

The current biggest group contributing to the rental market are millennials, those born between 1981-1996, however, this has dropped by 49% as many move to purchase their own properties.

Generation Z, those born between 1997 and 2012, are being hit the hardest as they begin to move out and rent out their first home contributing an enormous £5.8 billion in the first half of 2022 and predicted to skyrocket to £11.8 million. They are set to be spending even more than millennials over the next three years whilst the contribution by millennials is on a steep downward trend.

London rent prices have increased the most in the last 12 months with prices rising all over the UK: 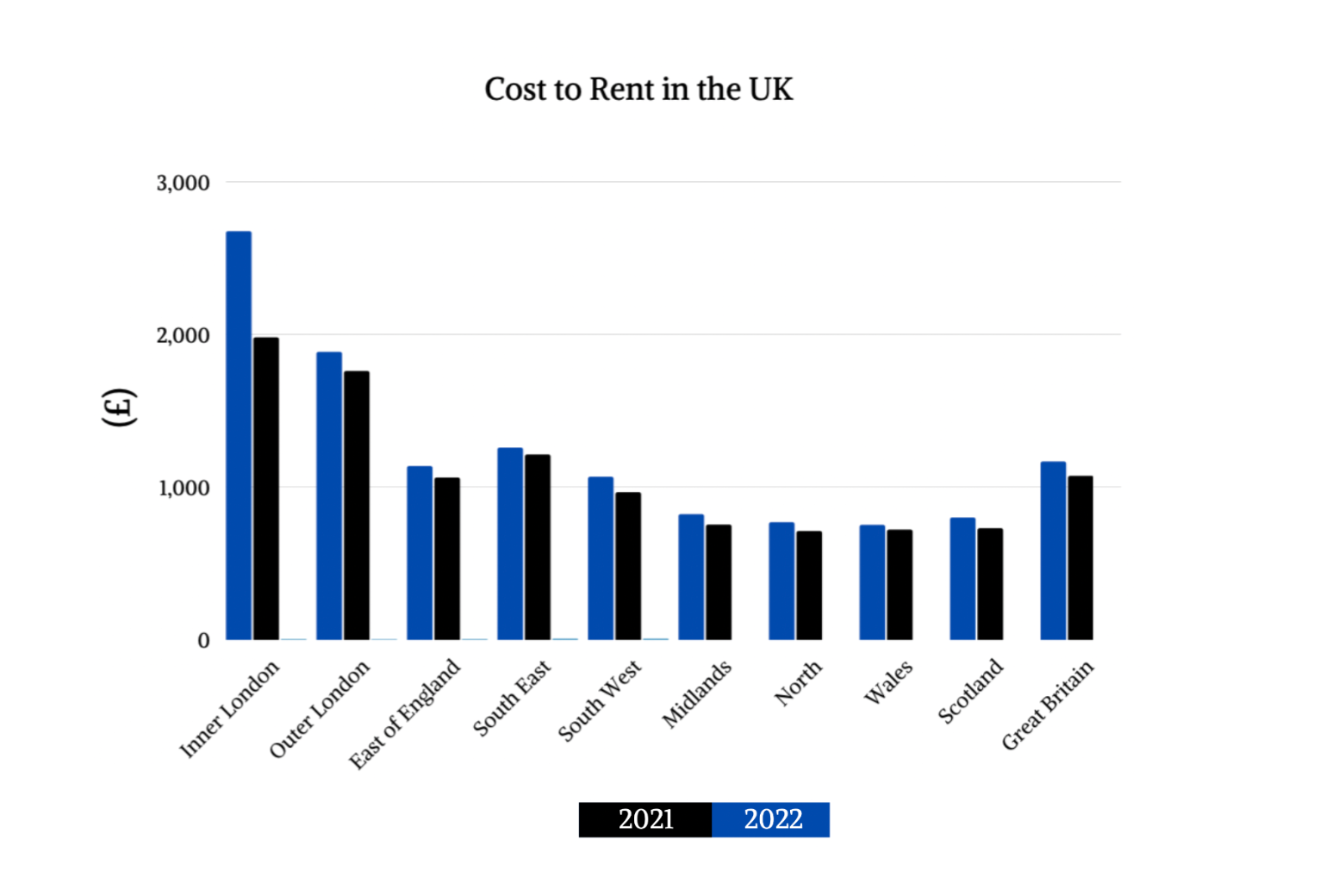 The housing market has hit a slight cooling period in the prices of properties to buy, however, the rental market is as hot as ever before on the steady and fast-paced rise, hitting a record-breaking £63 billion spent on rent for 2022.

As Generation Z face the reality of the difficulty of purchasing their own property, they look to rent properties when entering their first home and therefore are facing the harsh brunt of extortionate rent prices in the midst of the cost of living crisis.