Amateur fraud occurs when tenants aren’t earning enough to afford the property and this type of activity seems to have risen.

Common document fraud techniques used by amateurs are fake IDs, including passports and driving licences, and doctored documentation such as fake payslips and fake bank statements. Letters of employment, proof of address and proof of study, as well as fake email and websites to mimic employers and references are all common manipulations by document scammers.

Check out this modified statement that the Homeppl fraud finders team picked up: 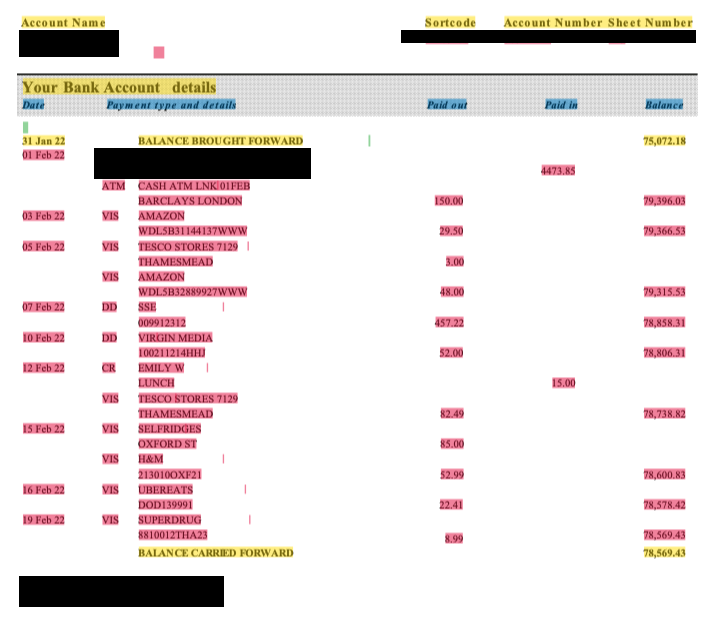 Highlighted colours indicate where the statement amendments have been made.

Another type of fraud that has remained prevalent throughout is professional fraud, which is where the tenant is attempting to take possession of a high value property and sublet it through short lets sites such as Airbnb to maximise income whilst defaulting on the rent to the landlord, and it is more prolific in certain areas.

Fraud is even more prevalent for particular agencies as a result of the areas they work in and their client demographic. For one of our London-based agencies, where there are high value properties and a broad tenant demographic, we’ve seen a high number of cases of fraud.

Alexander Siedes, our CEO, explains: “This rise in fraudulent tenant activity has been severely impacting real estate agents and landlords, presenting significant financial risks where, for example, long-term periods of rent are unpaid or the property is damaged.

“It’s vital that agents protect their landlords from fraud - whether it’s amateur or professional - by getting the right systems and tools in place. Otherwise vast amounts of money could be lost.”

Document fraud is a rising issue in the UK

Document fraud is a growing issue in the UK and plays into the wider rising tide of tenancy fraud. One in every 50 tenant applications is fraudulent, rising to one in 20 in London. In both cases of amateur and professional tenancy fraud, the landlord is left open to huge financial and legal risk. Agents suffer as well as their reputation is usually tarnished if doctored documents are not picked up on in the tenant referencing process.

Here are the most common types of document fraud plaguing the rental market at the moment.

One of the most common ways tenant fraud is being committed is by using fake IDs - either by presenting an entirely fraudulent document or by stealing someone else’s ID and then renting the property using that person’s name.

Here's an example of a fake passport: 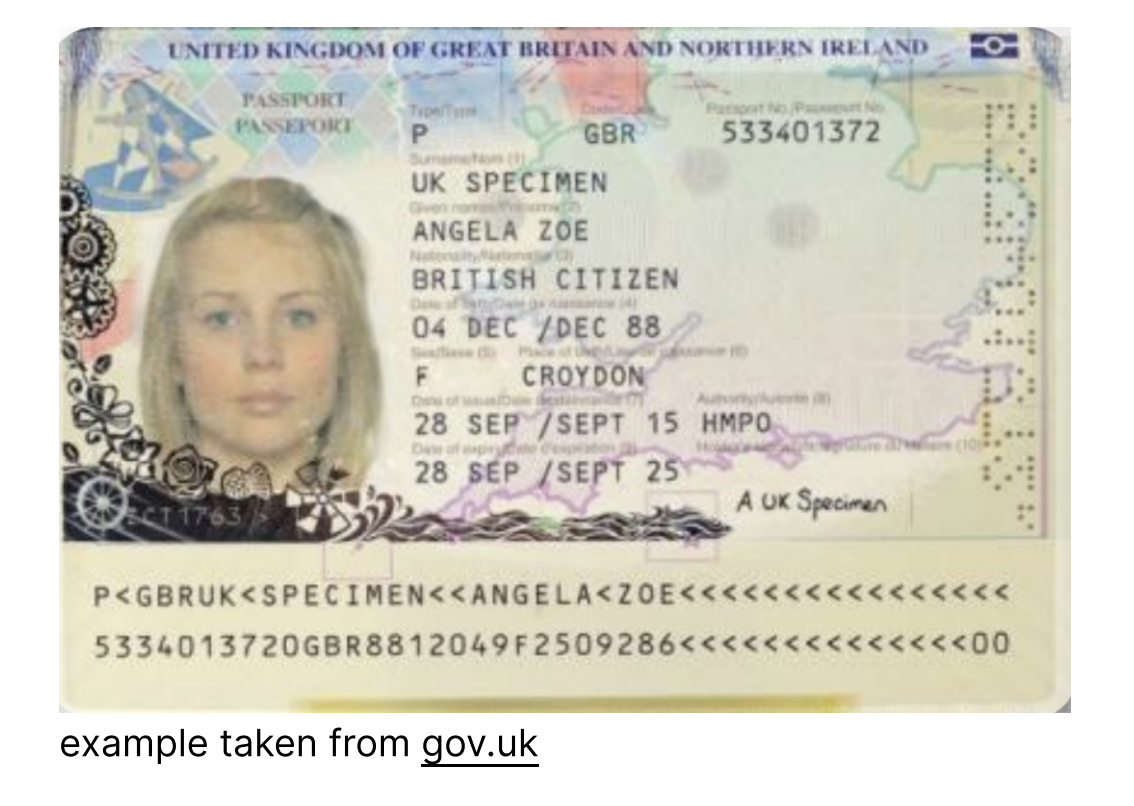 Cross-reference driving licenses and passports with external sources to establish not only if the ID being represented is legitimate, but also, if it actually belongs to the person presenting it. Sounds simple, but the volume of fraudulent tenancy applications is on the rise and this is the easiest way for fraudsters to kick-start the process. Homeppl's technology detects 100% of fraud and will never miss a fake ID!

A method generally used by amateur document fraudsters to exaggerate their income - and therefore their ability to afford rent - but also by professionals to create a ‘legitimate’ income source, is by editing bank statements.

Homeppl has the functionality to detect the modification date of a PDF and we can cross reference that with the original creation date. 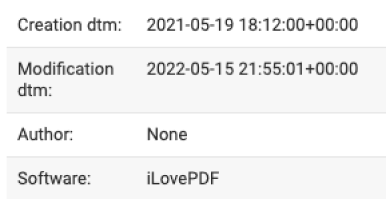 When the dates are different, this tells us the document has been tampered with. Some tenant fraudsters employ sophisticated methods to tamper with documents, so leveraging technology is key in spotting dodgy statements.

A key part of the tenant qualification process is obtaining references from employers and previous landlords.

To bypass these checks, fraudsters are not only creating fake references, but entirely fake businesses too. They are purchasing domain names, creating a business website with corresponding email addresses, and then providing these as references. This allows the fraudster to have complete visibility over the referencing process as they are receiving emails as part of the process, ultimately meaning they can fulfil their own reference.

Another method for exaggerating pay or creating a fake reference is to provide doctored or counterfeit payslips. Now that most payslips are digital, fraudsters are able to - as with bank statements - amend these online and create a new version that looks exactly like the original, but with a higher level of pay. Others create entirely fake payslips from fake employers.

Our fraud finders will conduct a series of tests to verify a payslip, the most simple of which is actually a quick reference check with Companies House. If the company is real, it's important to ascertain whether it has been formed simply to act as a reference. If this is the case, it will most likely have no filing history. Red flag.

Reluctance to connect to Open Banking

Open Banking offers a simple, safe and secure way for tenants to share their banking data in order to speed up the referencing process. So, if a tenant refuses to connect to Open Banking for referencing, this should raise a few question marks.

To sum up document fraud in a nutshell:

Traditional tenant checks use credit reports to verify tenants. Not only does this discriminate against those that do not have traditional credit reports, for example students, internationals and the self employed - but it also leaves landlords vulnerable to fraud. Which is why across the private rented sector, they are suffering 8% defaults and 1.6% court possession claims.

Homeppl is different. We leverage Open Banking and unique fraud detection technology, including data enrichment, behavioural analysis, and document analysis in every single tenant check, enabling us to approve more tenants and detect more fraudulent transactions than our competitors resulting in a 0% default rate for our customers.